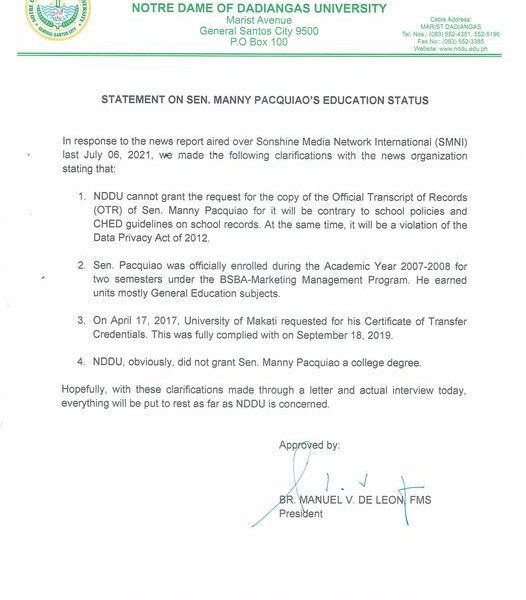 In response to the news report aired over Sonshine Media Network International (SMNI) last July 6, 2021, we made the following clarification with the news organization stating that:

Hopefully with these clarifications made through a letter and actual interview today, everything will be put to rest as far as NDDU is concerned.